Flawed, yet actionable into Full Lockdown
A purposely flawed analysis will only prove wrong after the narratives are rushed into the desired result. Similar to the actionable WMD analysis that stirred the world into the Iraq war.

Strategy to inflict immediate, radical, economic, and political change upon nations. They are leading the public into an emergency mode with flawed analysis and partial data. Fear-based threat narratives are instruments (of war) to gain control over populations.

A purposely flawed analysis will only prove wrong after the narratives are rushed into the desired result. Similar to the actionable WMD analysis that stirred the world into the Iraq war.

Brace for a revolutionary wave of demonstrations, protests, both non-violent as well as violent riots - prelude to Anarchy! - To inflict immediate, radical, economic, and political change and undermine the rule of law. FEAR BASED NARRATIVES Leading the Public into Emergency Mode

The Corona Virus Epidemic, Real, Fiction, or Both

Regardless of when it subsides or how many months/years, this global outbreak will last. As a result of the worldwide epidemic, the economic system of liberalism and capitalism, which pumps money into the market for free and relies on fast consumption, will end. The economic architecture will have to morph into something new. A digital economic order. (automation production, online shopping, etc.)

If it is open-ended, pandemics will quickly go towards a World War.

Social transformation and chaos will be intertwined. It is challenging to control the chaos. Internal and external security (via space satellites) redefined in this process. Politics and government as well.

An industrial revolution on steroids!

Current fear-based narratives are structured and initiated from the intellectual landscape and the military (intelligence).

The global Coronavirus narrative is commerce and military-driven. For the USA, the flawed analysis was presented as actionable by the team of Colonel Deborah Birx. All countries showed the same analytical flaws and followed precisely the same script, including apparent inconsistencies!

Dr. Anthony Fauci explains scientists have got it wrong for many years that Covis-19 aerosol particles can linger in the air much longer than previously thought

The government and scientists created a media circus that didn't give the public any clarity, only inexplicable instructions, reversals of protective measures, social distancing, and lockdown.

Maybe nuclear EMP incidents can outperform the many corona-virus terror threat. Including Virus versions with more devastating effects and significant higher fatality rates, 2, 5, 10, 20 or maybe even 30%.
Will you forget other threats and be grateful for the lock-down?

September 08, 2020 - The UK will go in another total lockdown. An avalanche of new infections is underway. R (reinfection rate) is 1.6 across the UK. The present version of corona-virus mutates every 24 hours. RNR based viruses can not be vaccinated against.

The best one can achieve- a generic boost of the immune system. Super-spreaders have no symptoms, and people who already survived an earlier infection are reinfected. Information is kept away from the general public.

Several areas of rapid technical innovation, such as biotechnology, nanotechnology, and neuroscience, offer great promise for human health and welfare, could be exploited for the development and production of biological or chemical weapons.

Dual-use dilemma
Such technologies pose a 'dual-use dilemma' because it is difficult to prevent misuse without foregoing beneficial applications. Indeed, in many cases, the technologies that can do the most good can also be the most significant harm.
Since the terrorist attacks of September 11, 2001, several life sciences developments have raised the political salience and urgency of the dual-use issue.
One example is the synthesis from scratch of several pathogenic viruses, including the causative agents of polio, SARS, and the 1918 pandemic strain of influenza.

A Collection of Relevant Publications from Military Chemical Biological Medicine

COVID-19 Pandemic: A Collection of Relevant Publications from Military Medicine

THE TECHNOLOGY OF GENETIC ENGINEERING APPLIED TO BIOWARFARE AND BIOTERRORISM
https://fas.org/irp/threat/cbw/nextgen.pdf

The relationship between encephalitis lethargica and influenza. A critical analysis

Encephalitis lethargica (EL) was a mysterious and devastating early 20th century epidemic that killed by one estimate 500,000 people worldwide. The analysis PDF
----
A Cryptic Site of Vulnerability on the Receptor Binding Domain of the SARS-CoV-2 Spike Glycoprotein
AD1105900.pdf

“Azithromycin (Zithromax) prevents bacteria from growing by interfering with their protein synthesis,” Engelsman said. “It binds to the 50S subunit of the bacterial ribosome, thus inhibiting the translation of mRNA. Nucleic acid synthesis is not affected. Quinine is an antiviral, and of course, hydroxychloroquine is a more potent version. Those two together cure 100 percent, but, as said, Zithromax can only be added when lungs are infected (pneumonia). Article
April 10, 2020

Coronavirus Task Force ‘not doing the right thing behind data’

Briefings regarding the pandemic.
“the numbers and data the task forces worldwide have put out – as they also say not complete – are not accurate and therefore are misleading,”. “Close to all cases admitted to IC’s are classified as corona related."
Following Birx’s chart of statisticss Saturday at the press briefing, Engelsman noted that “getting facts right is important to make sure history is not distorted or placed in the wrong context.”
“I do not remember when it came in to fashion to hide not doing the right thing, especially when the first numbers to establish a baseline are skewed from the beginning,” Engelsman said of Birx’s statistics provided to American citizens. Article
April 19, 2020

College football played in the spring with face shields 'a reality'

“The problem is that super-spread events are the main spreader of this virus,” Engelsman told Vols Wire. “The reason is because it is the aerosols, not the normal drops of fluid, that travel 1.5 meters and drop to the ground.”

“There needs to be better ventilation to help prevent the spread of aerosols,”

“It is all about inside air under certain circumstances,” he continued. “It is under normal circumstances, close to impossible, to get sick in an open-air situation.” Article
July 2, 2020

The Only Way To Fight Crime and Corruption 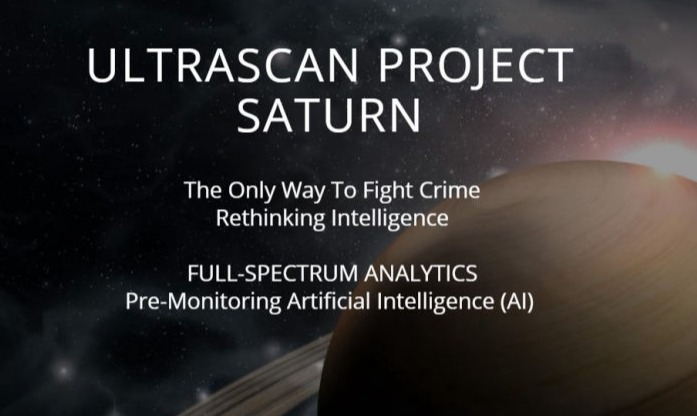